Updates, events, & perspectives regarding the state of the arts. 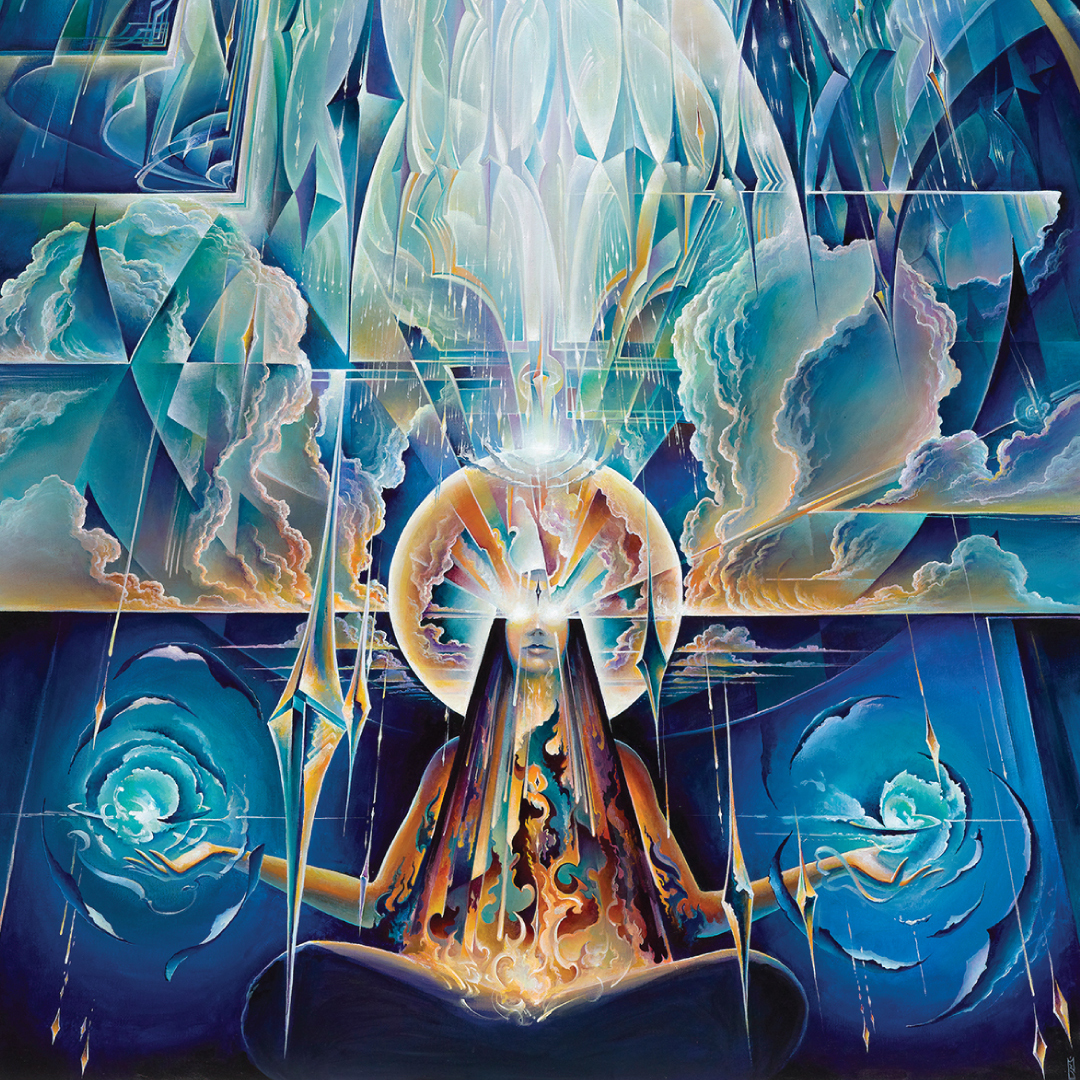 Join us Nov 15, 2019 for a show featuring a massive selection of Michael’s paintings. 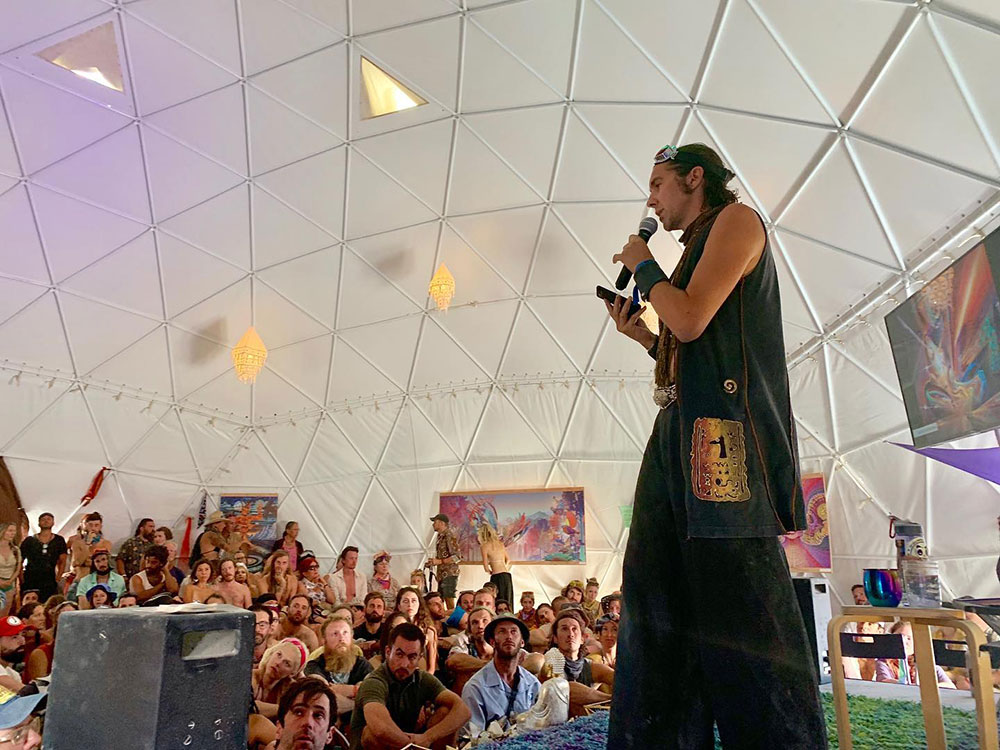 I gave a little presentation at the Fomogenesis Camp at Burning Man this past month. The speaker series was hosted by MAPS.org – an organization I’ve had a relationship with for many years. Anyways, it turns out there’s video evidence! You can check it out here: 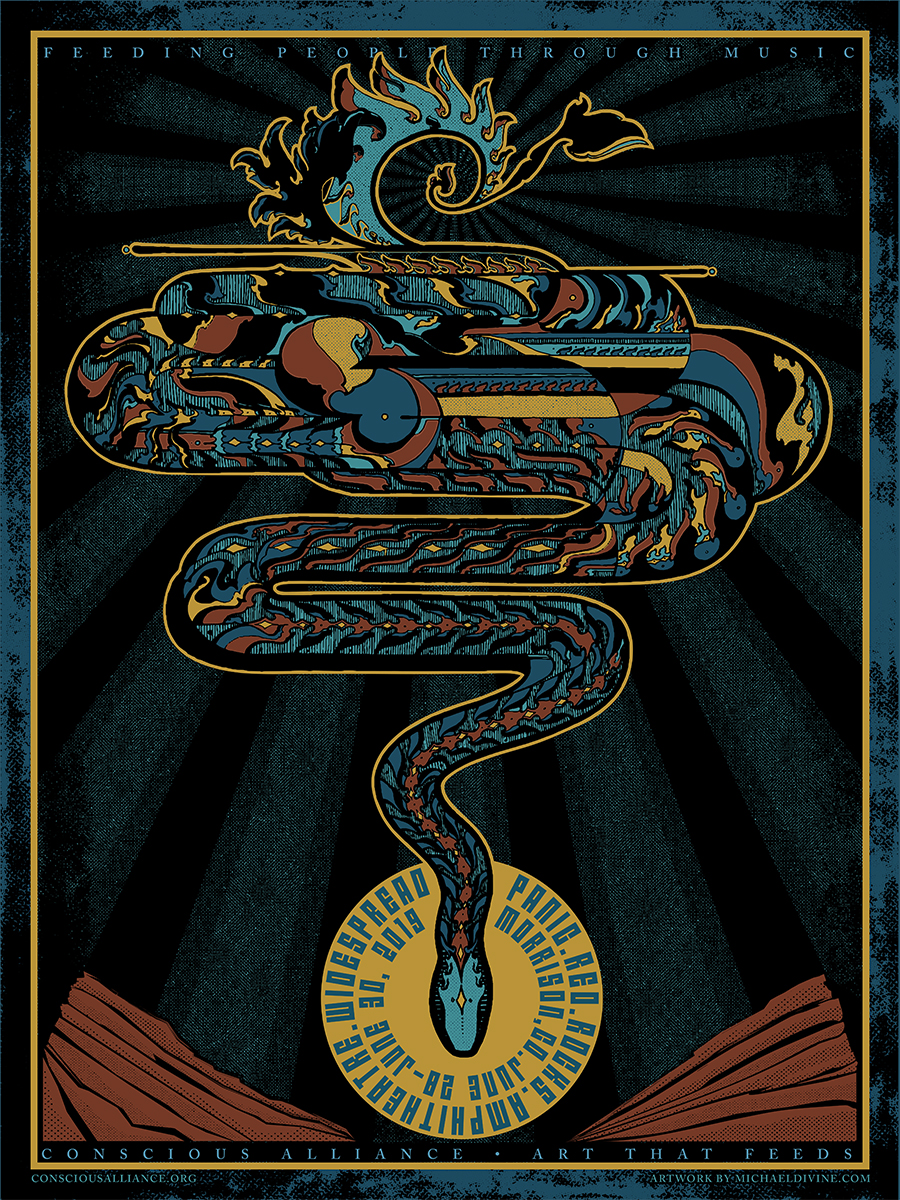 Conscious Alliance is a wonderful organization that accepts food donations and monetary donations to give out to those who are hungry. They are amazing and centered in Colorado. I made this poster for the Widespread Panic show at Red Rocks Amphitheater in Colorado. It’ll be silkscreened with metallic inks. 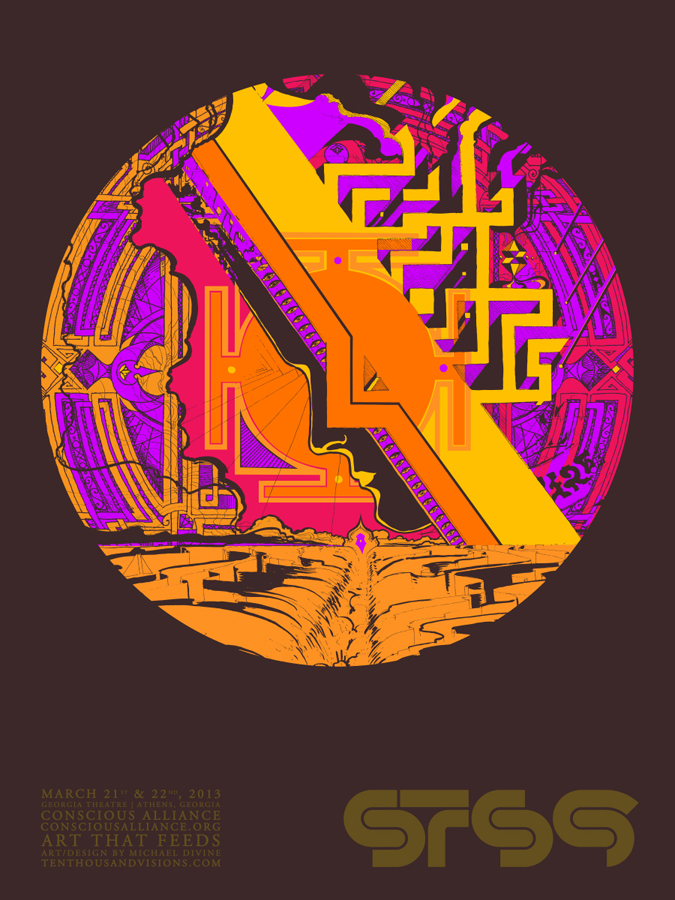 I designed this poster which is available from Conscious Alliance and Sound Tribe Sector Nine this weekend (March 21/22) in Atlanta, GA. The 18″ x 24″ poster is silkscreened and the colors look great! I’m so happy to work with Conscious Alliance again. I think they do really really great work and I’m always happy to support them when I can.

Who/What is Conscious Alliance?
Conscious Allaince is a “non-profit organization committed to hunger relief and youth empowerment.” They bring in money and food donations through posters that they sell through their “Art that Feeds” program at music events. It’s a great model for a really powerful non-profit that helps to provide food to those who are in need.

It makes me really happy to be able to give of myself and give my work to causes like this that do such good work in helping others. It doesn’t stop there, though. The printer as well donates HIS time and energy and materials. The band lets them use their name for free (making it a commemorative event kind of thing) and allows them to sell the poster inside the venue – ALL FOR FREE! All donated through the various individuals involved because we all love what CA does!

Here’s a bit of what they did last year:
• Increase the value of services delivered directly in the field by 25% to a total of $603,800.
• Hosted 84 food drives nationwide
• Provided over 130,000 meals to those in need through food drives and partnerships with natural food companies
• Developed a series of artist workshops for at-risk youth designed to inspire creativity and teamwork
More here: http://www.consciousalliance.org/2013/03/a-letter-from-the-executive-director/

If you aren’t aware of the hunger problem that plagues this nation, this website is a good place to become more informed: http://feedingamerica.org/

More about Conscious Alliance can be found here:
http://consciousalliance.org/

Art Outside outside of Austin, TX 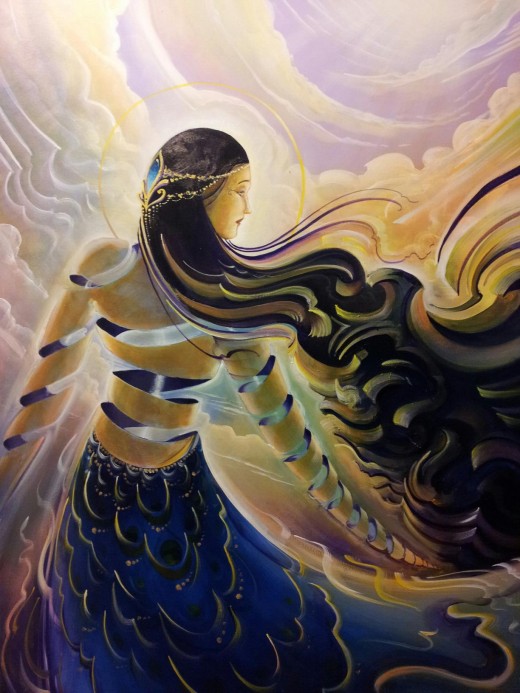 Had a whole lot of fun this past weekend at Art Outside in Texas. Art Outside is a heavily arts-focused festival (in lieu of a festival which is MUSIC + art) put on by a wonderful crew of people, mainly, I think, from the Austin area. Violet and I really enjoyed it – met a lot of wonderful people and made a lot of great connections. Thank you so much for having us out to join y’all! 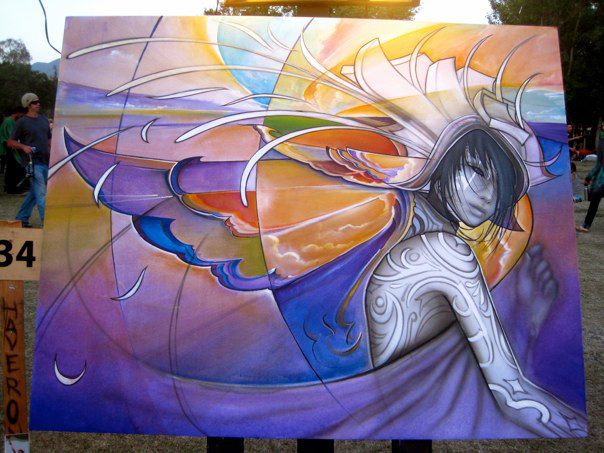 I had a ton of fun this past weekend at Lightning in a Bottle in Irvine, CA. Irvine isn’t the sort of place you expect such things – a wild artisticly inclined endeavor of a party – part Burning Man, part LA performance, part…. everything else. But sure enough, there it is and it’s a whole barrel of fun. I met some great great new friends and planted seeds for some really awesome upcoming projects. For one, there was Archival Inc, a fine art publishing company that I am working with to produce a new series of high quality limited edition prints on paper. You’ll be hearing more about them soon. Another cool thing was a collaboration I did with Hans Haveron. We’d never met before but were certainly aware of each other’s work. Hans tends more towards the street art scene while I tend more towards… well, whatever it is that I tend more towards. Our work, while different, was wonderfully complimentary and we created something really beautiful. I look forward to next year. 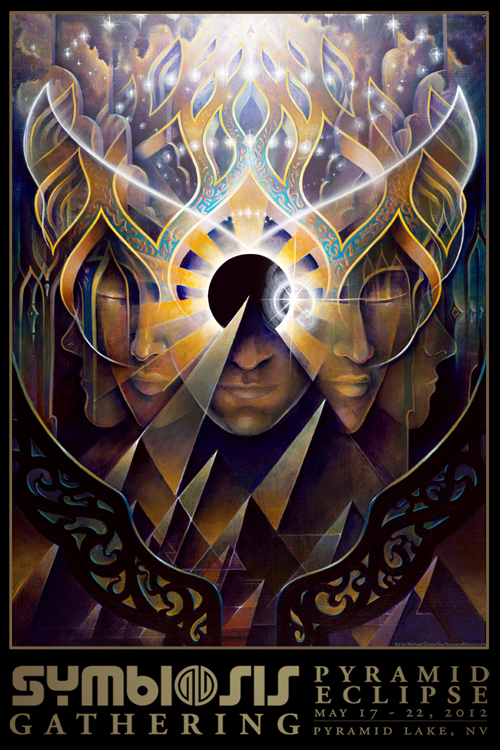 I created a painting for Symbiosis Gathering’s Pyramid Eclipse Festival, May 17 – 21 at Pyramid Lake in Nevada. Signed copies of the poster will be available in the merch tent at the gathering.

This past summer, on the 4th of July weekend, I was again at High Sierra Music Festival up in Quincy, CA. It’s a beautiful area of California that reminds me a lot of Northern Vermont – rolling hills, farmlands, vast skies. It’s just that the trees are twice as tall and the environs just a bit more permissible. In any case, I returned there again this year and brought with me some big banners for the main stage. The banners were each one half of the painting Birth of a Star (Link) and were printed on speaker mesh so that they wouldn’t impede on the sound and so the wind could adequately blow through them. I was really stoked to be able to add to this really awesome festival. It’s been going on for 21 years and has such a friendly open vibe and is a ton of fun.

Some of the musical highlights included:

There was a whole lot of other music in there too, some of which was truly awesome. I love music and I love to dance and find that, in those rhythms and patterns, the high and lows, I can lose myself in it and find so much inspiration that is later expressed through my artwork. In any case, I’m grateful for a chance to play up in the mountains with such stellar company.

I also want to extend my thanks and gratitude to Lisa Brown, ambiance crew coordinator, and Adam Roberts of Summit Art Licensing for helping to make this all happen. Really: truly grateful for your patience and willingness to move forwards and make it happen. 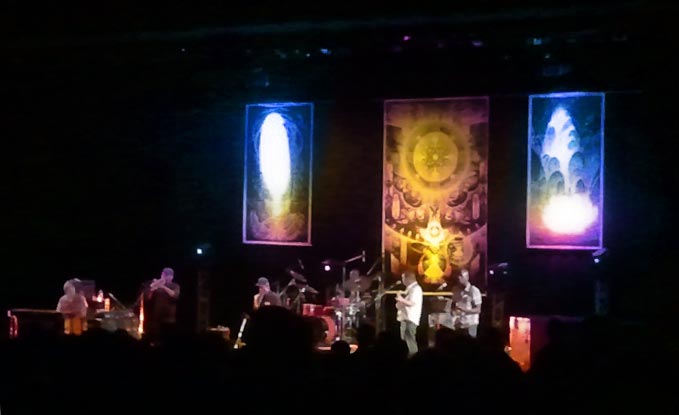 I was up in Tahoe for Phish and some of the afterparties at Montbleu Showroom where Karl Denson, Lotus, and others were performing. It was a super fun time. I also had a small gallery set up outside of the theater in the Montbleu casino that was run by Creative Minds and Visions, a clothing company that I am working with. We are working on a variety of styles including full print sublimation tees. They’ll be available in a wider variety and wider distribution very very soon. 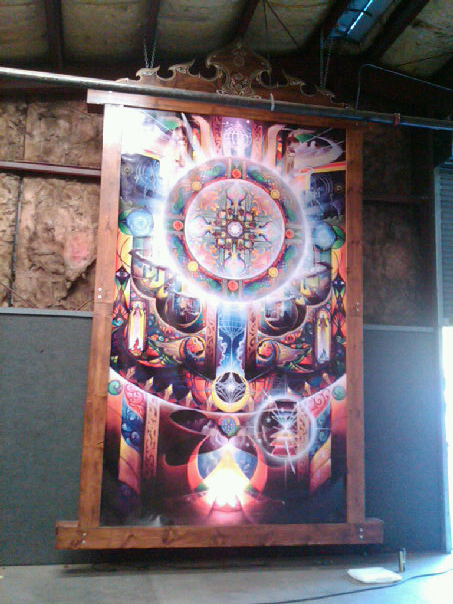 If you were at High Sierra Music Festival last year, you might have seen my giant lightboxes in the Jam House – one of the late night venues. Well, this year we went bigger. I’ll have some large banners of Birth of a Star on either side of the main stage and I’ve helped House & Garden design and decorate (with some nice mesh banners) the smaller acoustic stage they they’re sponsoring where Nathan Moore will be headlining. They, along with Summit Art Licensing of South Lake Tahoe, are also responsible for bringing my artwork there in front of so many people. Thanks guys! (I’ll also still have work in the Jam House and will be working with Jonathan Singer creating some lovely visuals for the late night events).

Above is a (daytime) picture of one of the lightboxes from last year. It’s backlit, is about 18′ tall all together, and weighs a ton. And, yes, it hangs.